Earlier this year the blindness community finally had enough with companies claiming to provide accessible overlays to make sites more user friendly. We took note of the increasing protests and did our part to mitigate these barriers that, in some cases, would not give users the ability to bypass their intrusion. To date, none of the services we blocked through our extension have changed their methodology. Last week we received a message from a representative from Max Access. We offer that exchange here, not as an attempt to shame any one company, but rather as an explanation to clarify our position to any other service curious about why we have blocked them. We remain optimistic that such services will choose to work with the blindness community rather than apply solutions they think are best for us. We do not appreciate this sort of custodial treatment. We also do not relish blocking innovation and would rather collaborate to make artificial intelligence work for the benefit of all. The exchange follows: Original message from Annie H: Hello! I'm the lead accessibility auditor with Online ADA; we recently realized that our automated remediation product, Max Access, is one … END_OF_DOCUMENT_TOKEN_TO_BE_REPLACED 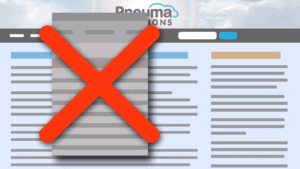 Have you recently visited a website and been told to press Alt + 1 or some other key combination to invoke some version of a screen reader mode? If so, you may have been led to believe the company cared enough about its customers with disabilities to make their website accessible. The truth is actually more disturbing than we suspected. In a recent episode of Mosen At Large, Jonathan Mosen spotlighted one of these predatory companies falsely promoting itself as a revolutionary force in web accessibility. AccessiBe claims to use artificial intelligence to transform thousands of websites in the amount of time it would have taken to overhaul one. In fact, the company’s vision is to make the entire web fully accessible by 2025. On the surface, the intent sounds noble. Who wouldn’t want to support a business venture promising to make the web more inclusive? The problem is that when you look behind the marketing, companies like AccessiBe, EqualWeb, MaxAccess, and UserWay  just to name a few, are capitalizing on the disparities that insist on preserving the old doctrine of separate but equal, and just like the old doctrine, public property like the web continues to be anything but … END_OF_DOCUMENT_TOKEN_TO_BE_REPLACED

Pneuma Solutions is seeking an experienced front-end web developer for a desktop application using Electron. This is a remote contract position. What you’ll be working on We are currently developing a web browser based on Electron, designed to make … END_OF_DOCUMENT_TOKEN_TO_BE_REPLACED

Accessible information is gaining ground on the war against the PDF. In fact, presenting information only inaccessible PDFs is becoming illegal. But, will an accessible web design be too expensive of an overhaul? The answer might just surprise … END_OF_DOCUMENT_TOKEN_TO_BE_REPLACED

The pandemic has the online World scrambling to find ways to patch glaring accessibility issues. Website overlays are just one example of quick fix solutions that attempt to bridge persistent gaps. Except, once deployed, companies realize the … END_OF_DOCUMENT_TOKEN_TO_BE_REPLACED

At Pneuma Solutions, we stand by our commitment to excellence. So does every other software developer, right? But the difference between us and everyone else is that Ours is a cause, not just the bottom line. The day we become irrelevant will be the … END_OF_DOCUMENT_TOKEN_TO_BE_REPLACED